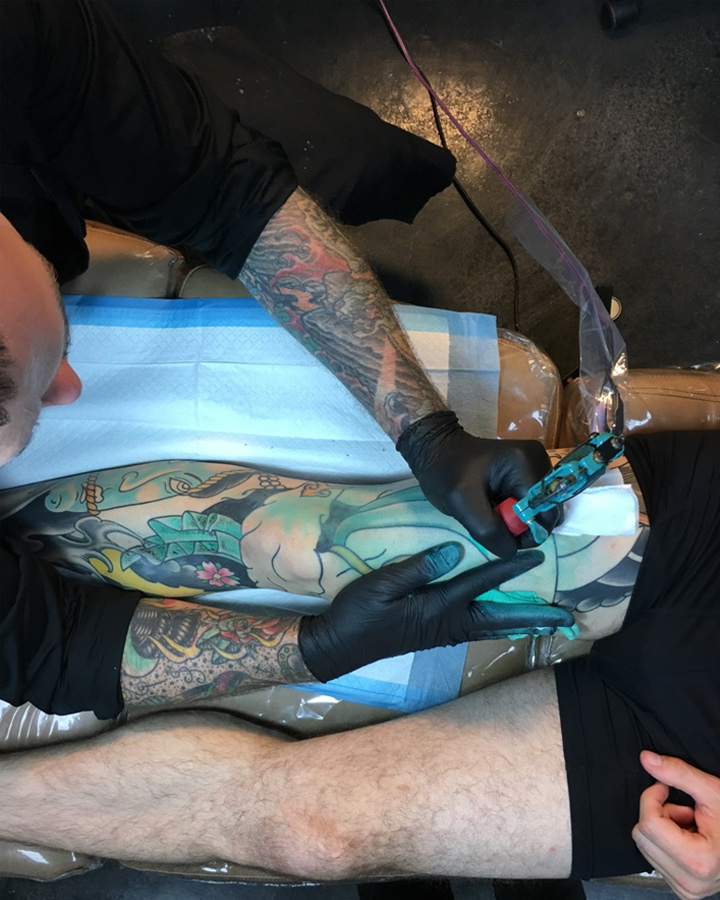 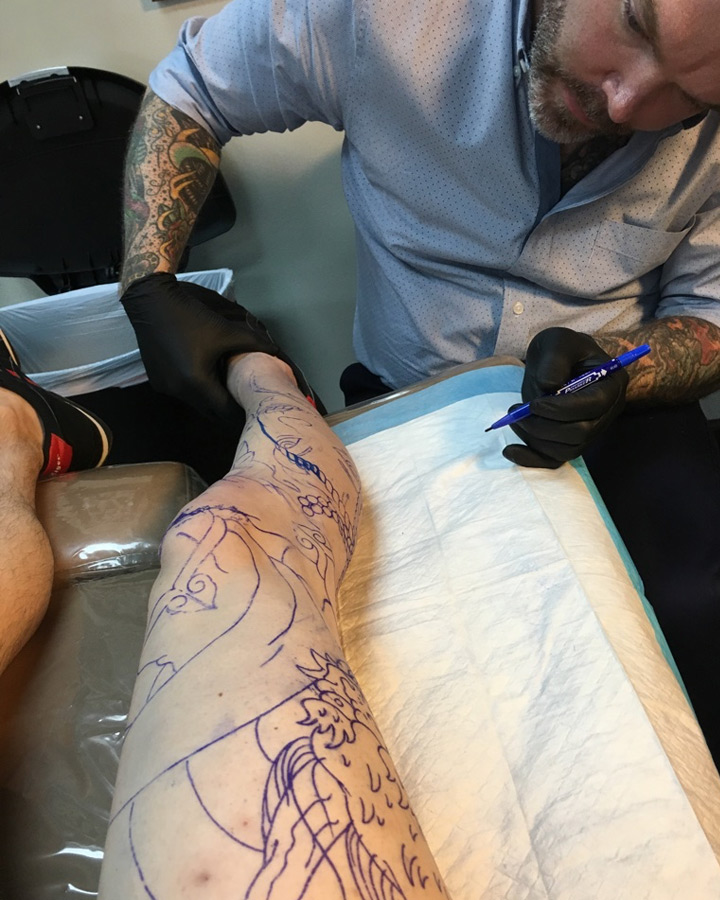 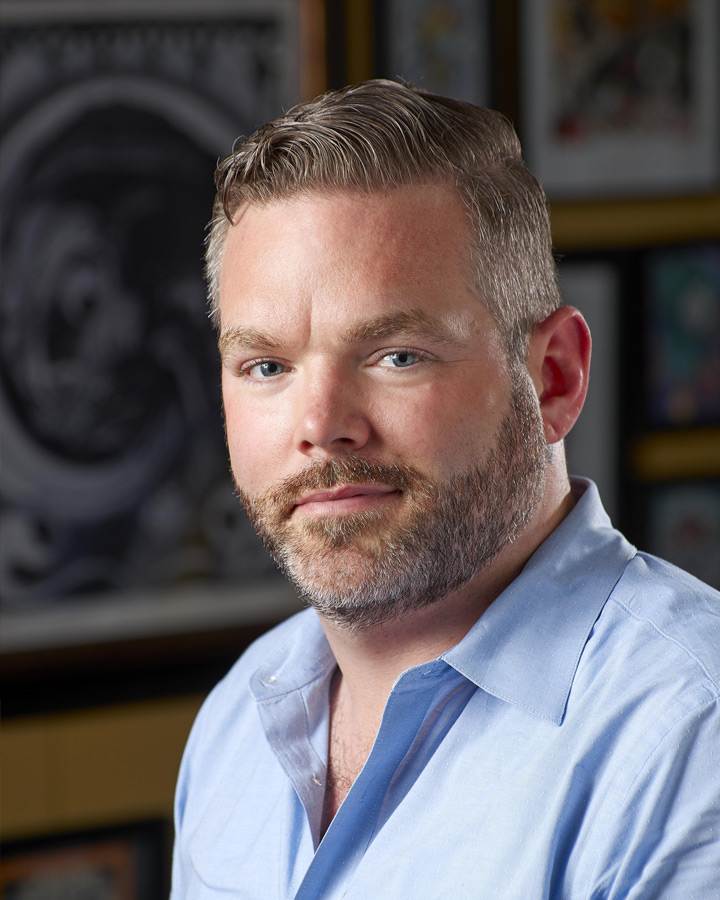 Nick Quinn, owner of Gilded Age Tattoo, has been tattooing since 2001. He enjoys tattooing in various styles (feeling best suited for traditional American and Japanese style), but old school flash is by far his favorite style. “The bold lines, black shading and bright color of traditional tattoos dating back to the 1900’s are always fun to do and seem to last the longest against aging and sun damage.”

Nick’s work has been featured in several international publications including International Tattoo Art, Skin & Ink, Tattoo Magazine, and many others. The Gilded Age owner has won numerous awards at conventions throughout the country, both for healed work and also for work completed at the conventions. Awards include best Traditional, best Japanese, and best Black and Gray.

For several years, Quinn pictured a tattoo shop in downtown Charleston, with a first attempt in 2008 that was rejected due to zoning ordinances. In 2016, his vision became a reality with the opening of Gilded Age Tattoo. Located in the historic Morrison Building, Quinn spent a month rehabbing the shop’s 1600 square feet, incorporating an art deco theme to align with the building’s history.

Two qualities have contributed to Quinn’s success in the tattoo industry—perfectionism and drive. He refuses to cut corners, no matter what. “I give 100% to every tattoo that I do, regardless of the design, size, or client.” As for drive, his son is his greatest inspiration. “He was born when I was 16 - a junior in high school. He has been an incredible motivator for my success. I’ve tried very hard to be a good influence on him and an example of leadership and dedication.”